The Silent Land: A novel 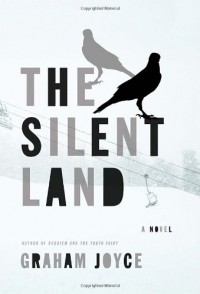 Wow. This book is just amazeballs. Also, don't spoil yourself before reading it. Just don't.

I wasn't quite sure how to classify this book. I can totally believe that this book would be nominated for awards, but I'm not sure how it didn't win... then again, I haven't read the winners.

This is a deeply atmospheric book. If you ever seen the Shining, it's like that. But x 1000. And better. It's beautiful and scary and suspenseful and heartbreaking and oh, so very, very atmospheric and emotional, which is my favorite kind of tense story (I'm reluctant to call it a "horror" book, though that's how I felt about it for almost the entire book).

I do not like the cold. I am somewhat terrified of snow and ice and the horribleness of it all. So I listen to this book (narrated by the always-awesome John Lee), and it's about a couple on a snow-ski vacation in the Pyrenees mountains. They get buried by an avalanche and then escape. And then everything gets weird. And you figure it out, and they figure it out, only you haven't really figured it out, and you start to wonder what it is that's going on. And it's creepy... and cold... and nerve wracking... and awesome.

There were a few bits that took me out of the story... some of the explicit sex, that I wasn't expecting... something... patriarchal? dudely? about the attitudes (I could tell it was written by a dude). But overall I thought it was really good. It used some of it's harsh language well. In fact, all of the language was used supremely, absurdly well. It got repetitive when it needed to for effect, it was overly detailed when it needed to be and vague where it needed to be. And when I would think "no, that doesn't make any sense/is wrong" there seemed to be a reason for it. The beginning and the end had a beautiful symmetry, actions and words have more than one meaning. It's a true masterpiece.

I had read one of Joyce's works before and didn't like it very much, but this... this was glorious.