To Seduce an Earl 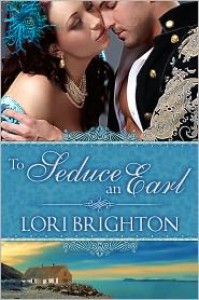 This book was neither good, nor bad. For those who want erotica-lite, it might be OK, but I had a whole lot of problems with this book.

One, is that an editor must have never seen this book. Ever. There are lots of misspellings and worse, but I wasn't in it for high lit-ra-cha or anything, and it was free.

It makes itself out to be a historical romance, but other than a bad-historical setting (which may have only been around for the chance to unlace some corsets), there wasn't much historical about it. The attitudes were modern (which wasn't all bad), and the language was a bit of a wreck.

The thing that jarred me the most was that I swore this book was supposed to be about 1860-1870 (too lazy to read back) and the sword of the last czar of Russia appears at a museum, like the writer only knew that Russian aristocrat and threw it in there.

Things that didn't suck: A ballsy heroine who has no time for stupid crap (except for the buried treasure she was looking for), and a damaged hero trying to escape his sordid life.

Alex, someone from some sort of decent family, has landed himself in a brothel for women. The madam of the brothel has some secret she's holding over Alex and keeps him as a virtual slave. Grace, a woman from a formerly decent family, is hitting hard times as her step brother is gambling and drinking way the family money (and into debt), and has the brilliant idea that Grace should go to ye olde brothel to learn some sexy-time ways to seduce their family friend, who is an earl, who will somehow magically save them all. So she meets Alex and adventures happen.

The novel was overall pretty depressing when it started out a little more light-hearted. The language was dirtier than the few romantic/semi-erotic scenes.

So it had promise, and a lot of problems, but I didn't hate it.
Tweet